"Do I need to do something about my conversion rate?"

See yesterday's conversion rate. What impact did it have on your revenue? 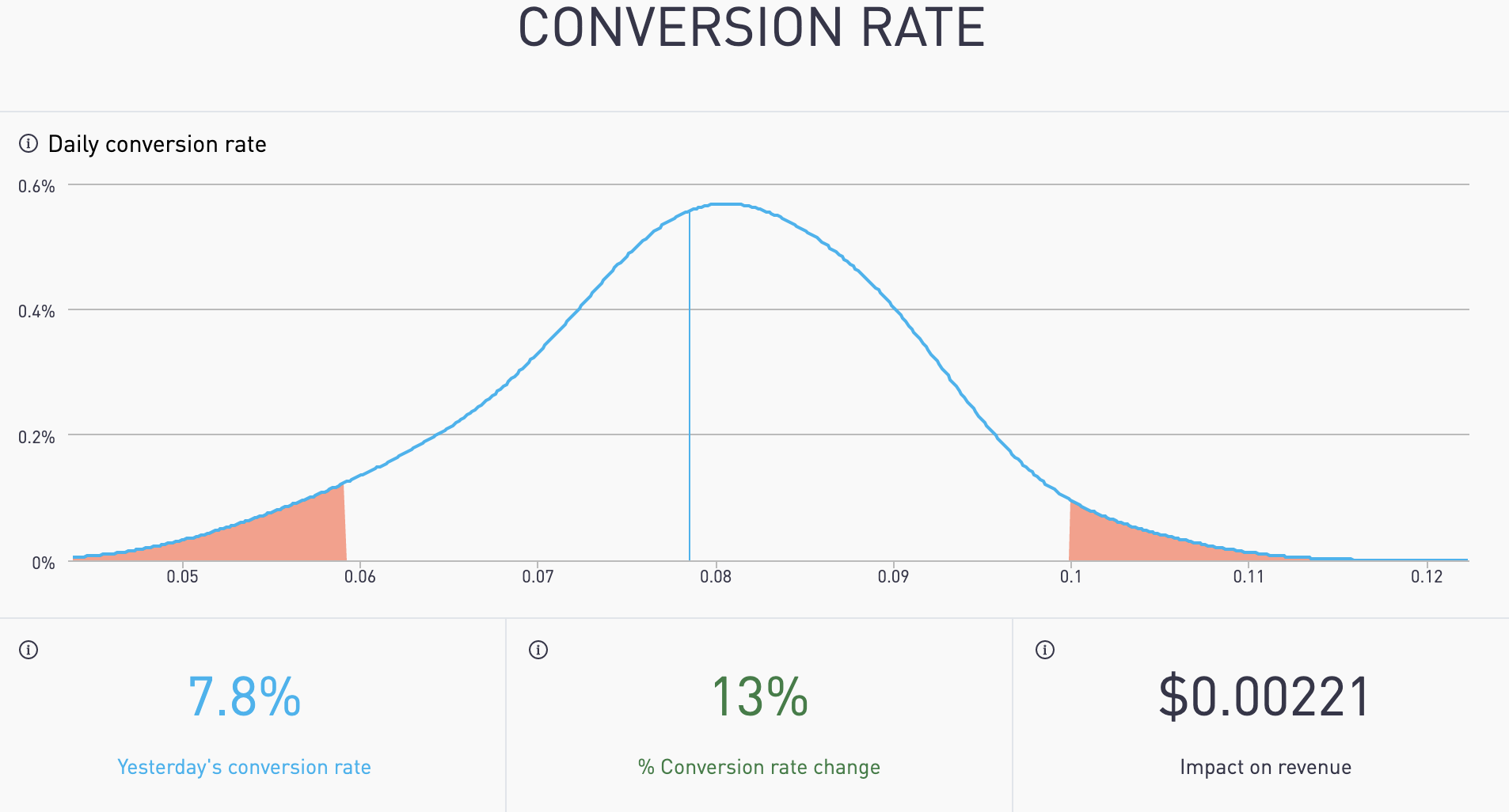 Is it today's result common? Is it rare?

The impact change in conversion rate has on total revenue.

Total sales by count divided by total visitors to the payment page for yesterday.

How often a particular conversion rate occurred during the period. This is also known as frequency.

The frequency of each conversion rate during the period shown on a smoothed line.