How is the impact of join traffic on revenue? 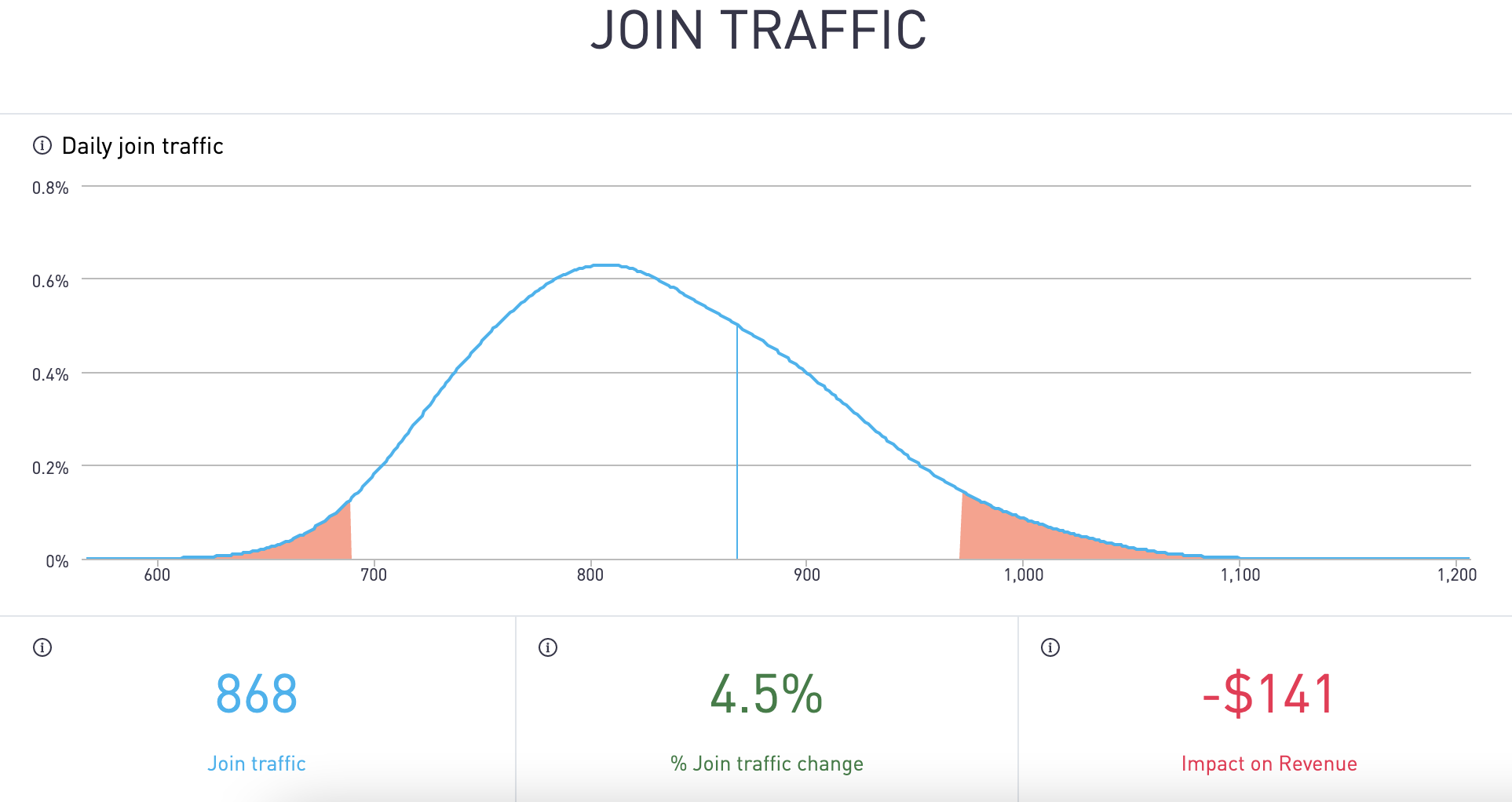 The impact change in the join traffic has on total revenue.

How often the daily join traffic occurred during the period. This is also known as frequency.

Each daily join traffic during the period shown on a smoothed line.