Is your rebills count up or down? How is it impacting your revenue? 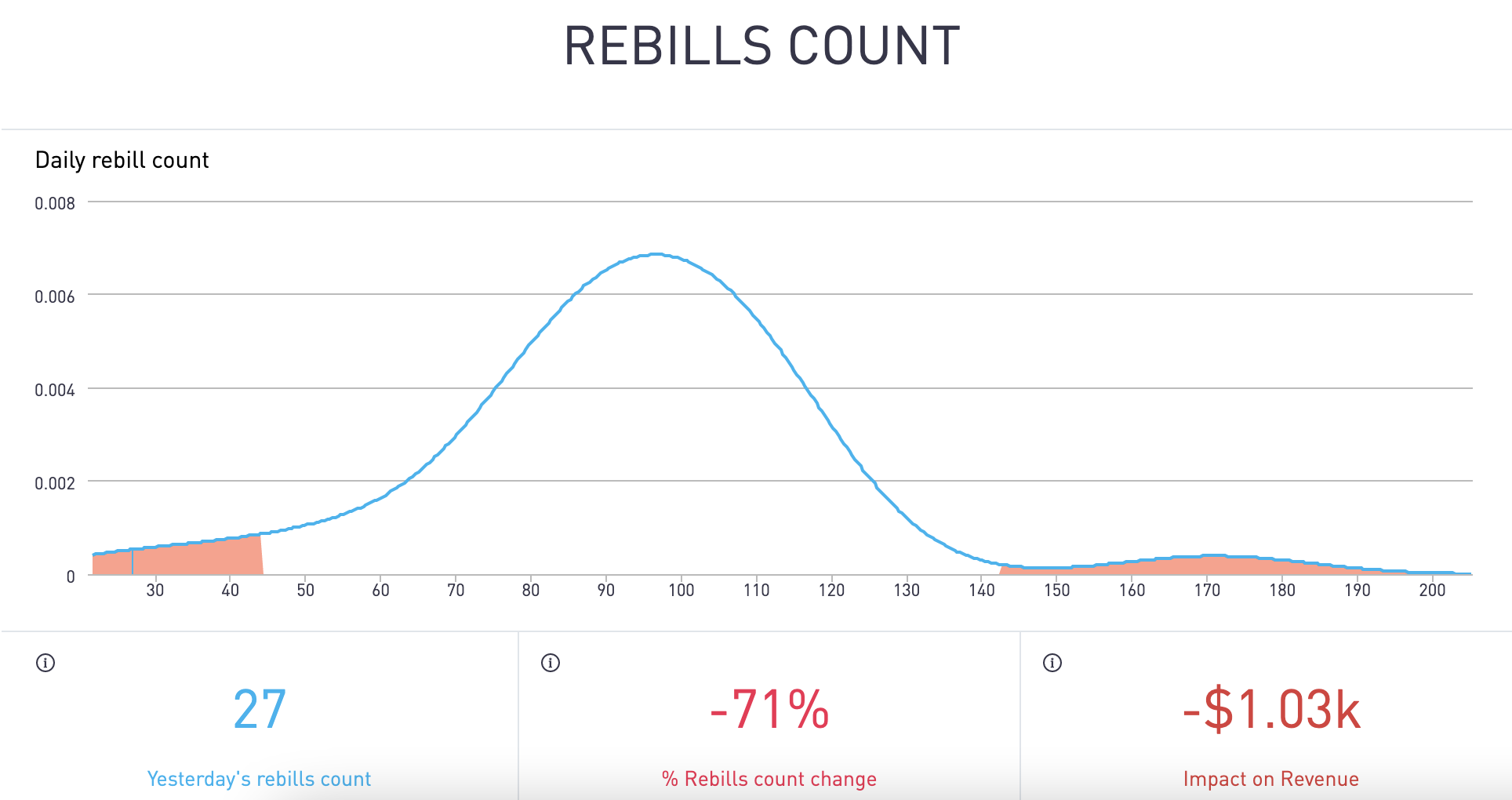 The change in yesterday's rebills from the average of the last 4 weeks same day as yesterday rebills as a percentage.

The impact change in rebills count has on total revenue.

If yesterday was "Sunday", then yesterday rebills are compared with the average of the previous 4 "Sunday's rebills and represented as a percentage.

How often the daily rebills count occurred during the period. This is also known as frequency.

Each daily rebills count during the period shown on a smoothed line.